Soweto International Jazz Day was celebrated in an atmosphere of outstanding live performances, tap dancing, poetry, jamming, visual art, beverage tasting and delicious food. The spirit of jazz was felt in and around Eyethu Lifestyle Centre.

International Jazz Day is the brainchild of legendary pianist and United Nations Educational Scientific and Cultural Organization (UNESCO) goodwill ambassador Herbie Hancock.  The day is celebrated by all UNESCO Member States on 30 April every year since 2011.  It also highlights jazz and its diplomatic role of uniting people in all corners of the globe.

Last year, UNESCO’s Director – General Audrey Azoulay announced that Cape Town was selected as 2020 International Jazz Day Global Host City, news that was well received by jazz stakeholders in South Africa. They were thrilled and started to prepare to host the global jazz community in the Mother City.  This will not be the first time the country hosts a global showpiece as it has played host to international jazz artists in festivals like the Cape Town International Jazz Festival and Standard Bank Joy of Jazz Festival.  But this is without a doubt the biggest jazz event in the whole world.

Eyethu Lifestyle Centre in Soweto, the largest township in South Africa, was one of the venues that played host to International Jazz Day.  The number of vehicles that were parked at Mofolo Central located venue was an indication of a great evening that awaited jazz enthusiasts.  The event was scheduled to kick off at 20h00 lasting all the way till early hours of the following day. Heaters were warming the place, chairs and tables well decorated while the staff ensured that all the patrons were comfortable. 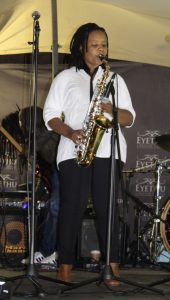 Poet Mandisa Vundla who was also the MC welcomed everyone and introduced the first act to perform.  It was the Benoni born saxophonist Linda Tshabalala who is a graduate from the Johnny Mekoa Music Academy.  Accompanied by a powerhouse of a vocalist Lesego Mokgatle, Vuyo Vumisa on guitar, Mpumi Nhlapo on percussion, Gally Ngoveni on bass, Nozipho Mnguni on drums and Mvuzo Dimba on piano.

Judging from Tshabala’s performance, her Durban tour which she will be embarking on this weekend will thrill the jazz fans in the Banana City.  Her band strikes a good gender balance.  The understanding between Mpumi Nhlapo and Nozipho Mnguni on percussion and drums respectively was a marvel to watch.  Vuyo Vumisa was also brilliant on the guitar and had few moments of notable individual performances.  Dimba and Ngovheni also kept the band intact on piano and bass.  Tshabalala on saxophone and vocalist Lesego also completed each other well in a few ballads they performed.

Next on stage was The Social Jam.  Every Wednesday evening, Eyethu Lifestyle Centre hosts jam sessions where different artists get to perform.  The first part of the Social Jam was made up of drummer Molefi “Levos” Phuroe, bassist Sibusiso Chiloane, Thabo Morajane on keys and David “D-Horn” Moagi on trumpet, vocals and scatting.  Social Jam got the audience highly thrilled and Moagi is a brilliant and confident artist. One the tunes they performed as Soul Jam was a Gregory Porter tune entitled “Holding On” where Moagi’s baritone was received by cheers.

Mrubata’s set was brilliant, crisp and intact.  Some of the tunes he performed included “Xai Xai”, “Ziphi” which featured Kwebulana on vocals, asking where are the leaders and what is so wrong with our current state as a country.  Another tune they did much to the delight of the audience was “Two Ma Sophies”, a dedication to Sophie Mgcina and Sophie De Bruyn.  He also performed “Mr & Mrs Adonis”, a tune dedicated to his late grandparents.  Tap dancer Abi Mad Joe Junior tap danced to one of Mrubata’s songs. Joe Junior had performed much earlier to a standing ovation.

There is a common occurrence at jazz gigs where a visual artist does a few paintings while the musicians are performing on stage.  Silas Motse is a Thaba Nchu born visual artist and educator.  While the jazz musicians were getting on and off the stage and patrons ordering food and drinks, he was meticulously making his paintings which could not be ignored.  One of the two outstanding images he created were of the late icon trumpeter Hugh Masekela and guitar maestro Themba Mokoena who was in attendance.

End it with a jam session

Closing the evening was a performance that was deliberately meant to reward the jazz enthusiasts that were in attendance and leave a lasting impression in the minds of the audience that was already in high spirits from the previous acts.  The Social Jam was back on stage and this time around they featured Thulani Shabangu and Themba Mokoena on guitars, Khaya Mahlangu on saxophone and Blues Mabaso on flute.  They also added new faces of Mongezi Conjwa on keyboards and Banda Band on bass. 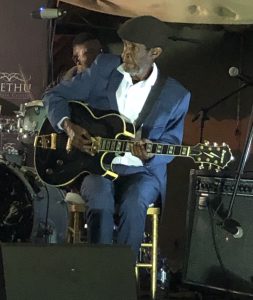 There’s nothing as remarkable as witnessing a great jam session and these musicians were just having great fun on stage as the audience that was at Eyethu Lifestyle Centre. Their outstanding performance made writer, lyricist, composer, director and theatre producer Mbongeni Ngema stand from his chair in appreciation of what was happening.

Poets Mandisa Vundla and Lebohang ‘Q’ Chochoe rendered a few poems as part of the jam session, much to the delight of the audience.  These two powerful women poets recited poems honouring strong women such as Miriam Makeba, Esther Mahlangu and many other heroes and heroines in the journey this country has travelled in nearly a century.  That was International Jazz Day celebrated Kasi Style.

Follow Eyethu Lifestyle Centre on Instagram @eyethulifestylecentre and @Eyethu_Lifestyl to learn more about the events they host including the jazz sessions on Wednesdays. Like their page on Facebook Eyethu Lifestyle Centre.  In the words of McCoy Mrubata, venues like Eyethu can prosper as part of township economy and are reliant on support they receive from patrons. 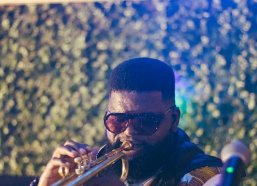 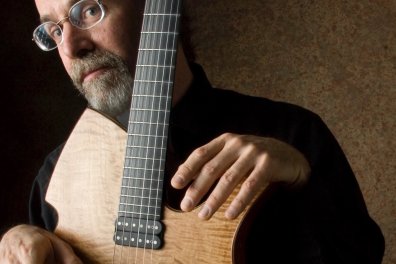