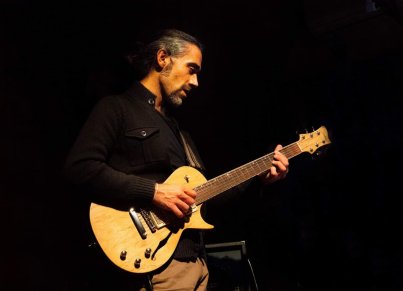 Guitarist Fabrizio Savino almost became a professional footballer.  He started playing soccer at the age of 12 until he turned 18.  One day he found a guitar in his grandfather’s cellar and his love shifted from kicking the ball to music.  Fabrizio also came to realize that there we quite a few music mentors to look up to in his quest to become a professional guitarist.

“I was born in sunny Puglia, Bari, a region south of Italy in 1981”, he told Jazz It Out.  Like most children he was a dreamer.  He loved to play different sports with soccer being his favourite. “I also loved video games instead of studying but felt the need to be more focused on my studies”, he added. The guitar he found in his grandfather’s cellar motivated him to study music.  He has not stopped playing the guitar since then.

“When I was growing up I listened to different kinds of music especially 70’s rock.  My favourite artists way back then were Jimi Hendrix, Frank Zappa, and the band Led Zeppelin”, he said.  He was also fascinated by classical music particularly Wolfgang Mozart, Igor Stravinsky, and Sergei Prokofiev.  His brother Francesco Savino exposed him to the historical recording “Kind of Blue” by highly acclaimed trumpeter Miles Davis. 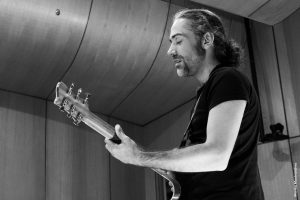 Fabrizio started as a self-taught guitarist and later moved to Rome where he studied music for five years.  When the five-year-period came to an end, he decided to explore jazz music and moved to New York where he studied and played with some of the best musicians from very diverse backgrounds.  “New York is the jazz capital of the world”, he firmly believes.  He also travelled to other European cities such as Paris, London and Brussels.

Asked which musicians inspired him to be the musician he is today, Savino said: “Jimi Hendrix was natural and prowess on the guitar”.  “Kind of Blue” by Miles Davis inspired me for its depth of soul and the attention paid to the sound on that album. John Scofield for his ability to combine his guitar with jazz music.  John Coltrane for his spirituality and deep knowledge of music.  Kurt Rosenwinkel is a great composer and a genius”. 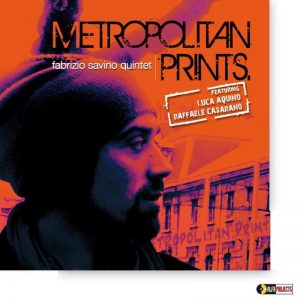 In 2009 Fabrizio Savino released his debut album  “Metropolitan Prints”.  Through the album he wanted to share his experiences through travelling, studying and living in different cities.  He also used the recording to express his dreams, sensations, feelings, fears and anxieties.  “For a debut album, it was a success and received good reviews by critics who described it as containing modern sound which I used as a basis for my future albums”, he told Jazz It Out.  Even though it did not earn him an award, he was happy with the positive reviews it received from all over the world.

His second album Aram was released in 2012.  Aram means “quiet” in Persian.  The main difference between “Metropolitan Prints” and “Aramis” that his debut was a quintet. The recording used electric sound and electronics. The second album on the other hand was a quartet.  The production team used modern jazz sound more closely related to the American jazz. “Aram” received a nomination and was reviewed by the Italian jazz magazine Jazzit.

2016 saw the release of his third album “Gemini”,  a guitar trio. “In the album, I did a lot of introspection.  The work was intimate as a result of the emotional changes that symbolized the way I look at life”, he told Jazz It Out.  Fabrizio assumed a role of an observer who looked at the opposite side of the human soul. “It was like to be in the middle of two parallel roads and was trying to feel both emotions.  I tried to find the balance between opposite sides through music”, he added. 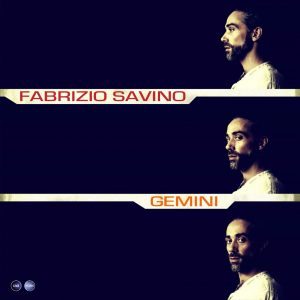 The album was nominated as one of the “best 100 European jazz albums” in 2016 by Jazzit Magazine.  In the same year, popular radio show Fahrenheit on the Italian national radio station Radio Tre made it album of the week which was a huge honour for the hard – working Fabrizio. Clearly, he is becoming a better artist with every album he releases.

When asked to name some of the greatest musicians he has worked with to date, he mentionedthree names which are very close to him.  The first one is Italian double bass player Luca Alemanno whom he has played and recorded with.  “He is the double bass player I would call every time to play and record with because he understands the way I play and write music”, saying it with a lot of confidence.

Sebastian Merk, a drummer from Berlin is the second on Savino’s list. “I love his melodic approach to drums.  It is for this reason I recorded my unreleased album in trio.  Luca is on double bass”, he told Jazz It Out.  The album will be entitled “Rebirth” and will be out at the end of 2019 or early 2020.  Once the album is released, Fabrizio will embark on a tour to promote it and will also introduce to the South African audience.

The third musician is Flavio Boltro whom he describes as of the most accomplished European trumpeter. Boltro was part of the Michael Petrucciani European Quintet.  “I played with Boltro as a guest around the release of “Aram”, recalling with excitement.  He is also happy with the musicians he performed with at the Unisa Jazz Festival in April this year.  Those were saxophonist Karen Devroop, Rob Watson on drums, Marc Duby on bass and Roland Moses on piano.

He describes his visit to South Africa as “an unforgettable musical and human experience”. Fabrizio hopes to comes back to the country as he feels his visit in April was short.  But he was glad to visit the Apartheid Museum in Johannesburg as well as the Rhino and Lion Park in Pretoria.  Through his visits to UNISA, Pretoria University and Tshwane University of Technology, he got to meet a lot of students through the masterclasses and he believes they have a bright future.  He hopes to work with more South African musicians in the future.

Fabrizio believes that even though jazz is big in Italy, it cannot be compared to Scandinavian countries who have a higher population than that of his country.  He is also a firm believer in collaborating with different musicians from very diverse backgrounds.  Savino believes that: “Alone you can study music, but to practice it and take it to the next level, one needs to collaborate with different musicians and suggest new ideas to improve your music”.

When not recording or performing, he likes to spend quality time with his pianist girlfriend. He also spends time with his pets and loves to meditate, do yoga, swim, read, watch films and most importantly listen to music.  One of the first South Africans he got to hear about was the late striker Phil Masinga who played for his home side Bari.  “I was 15 years old when I saw him at Bari where he scored the only goal that secured a victory against A C Milan”, concluding his conversation with Jazz It Out. 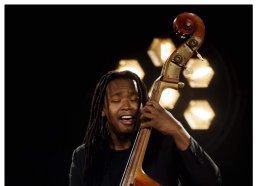 Viwe had to switch from drama lessons to learn music 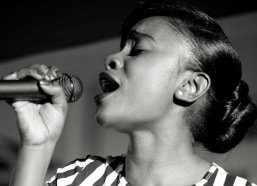 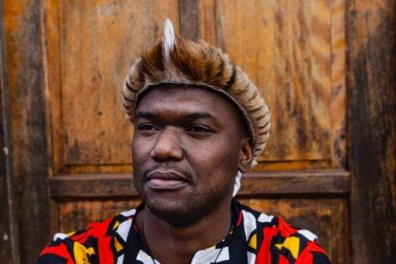 0 thoughts on “Fabrizio dumped football for the guitar”