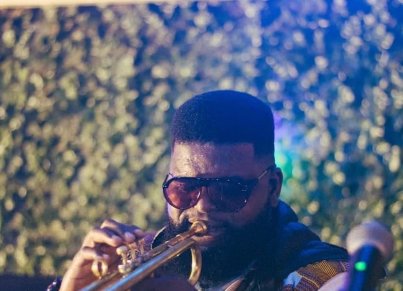 “His first instrument was the piano, followed by the trombone before falling in love with the trumpet.  If his secondary school principal did not refer him to the Music Academy of Gauteng, he probably would have been a gospel singer just like his mother and close family relatives.  David grew up listening to gospel and choral music which gained him popularity with his school mates”

When you hear David Moagi playing the trumpet and singing with his baritone voice, you appreciate the craft made by musicians and the energy that goes into it.  His voice blew Kevin Mahogany away when they met at International Jazz Education (IJE) in New York.  Everett Greene told him not to change his voice and connect it with his trumpet.  James Morrison was so speechless to see this South African artist doing amazing things with both his trumpet and voice.

The 38-year-old trumpeter who goes by the stage name of D-Horn was born and raised in the Gauteng’s East Rand and has two siblings, a brother and a sister. His mother sings in a church choir and gospel was the music played over and over in his home.  David also loved the music of Pavarotti, Lionel Ritchie, Tina Turner, Vuyo Mokoena, Amadodana Ase Wesile and Barorisi Ba Morena.  His family has so many singers which made singing a daily occurrence in his household.

Many years later, he would be the first person to break with the family tradition and study jazz.  “My family inspires my music a lot”, he told Jazz It Out. He recalls how he would lead his schoolmates through choruses on Fridays at the assembly.  “I gained popularity because I was also very naughty and always making jokes”, he added.  David would get a hiding for missing competitions because his teachers felt he was a valuable member of the choir, and with his presence, they could count on winning trophies as a school. 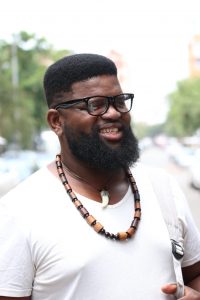 It is the love and the support his mother gave him that instilled confidence in the young David.  “My mother supported me in everything I did regardless of what other people said”, he said.  Even in the toughest of times, he knew he had the backing of his mother.  His love for singing caught the attention of his principal at secondary school who told the learner from Daveyton about the Music Academy of Gauteng which was founded by Johny Mekoa.  He learned a lot academically and musically at the institution.

David became close friends with Mthunzi Mvubu, Malcom Jiyane, Lawrence October, Fumanekile Fumi, Mapule Tshabalala, Lawrence Spakela and many others. “I started off with the piano, then the trombone.  The trumpet was my third instrument”, he said.  His love for the trumpet was largely inspired by none other than Mekoa whom he describes as “the best teacher ever”.  The mentor also taught the mentee to always look the part, practice, always check his instrument and understand how the music industry works.

How much energy does he require for singing in his baritone voice and blowing the trumpet.  “It is something that I cannot explain.  I try to my best to use the same big sound on my voice and trumpet”, he emphasized.  The versatile Moagi performs mainly Afro Soul, Afro Pop and Afro Jazz and wants to fuse House Music into his sound.  It was Godly Music Records that suggested he uses D-Horn as a stage name because of his skill in playing the horn.  They called him Tshiye in the East Rand while he was known as David in Johannesburg.

Moagi has worked with many great South African artists which include Hugh Masekela, Sibongile Khumalo, Jonas Gwangwa, Pat Matshikiza, Prince Lengoasa, Musa Manzini, Vusi Khumalo, Khaya Mahlangu and Selaelo Selota.  These artists have taught him to stand on his own and face the music.  He credits Manzini as the artist that taught him to approach other genres such as Smooth Jazz, Afro Pop and more.  “I am blessed to have worked with him”, he said.

One of the things David observed about Mekoa was that, besides being a great musician and teacher, he was also good in raising funds for the academy to run efficiently.  Between 2002 and 2013, he travelled extensively where he got to meet some of the international artists including Kevin Mahogany, Everett Greene, James Morrison, Frafva Band, International Jazz Education in Milton, Bujazzo Big Band and the Boston Big Band Academy Band.  His first of the many international trips that took him to England came in 2002 where he met James Morrison.

The first time he met Kevin Mahogany was when he came to perform at the Standard Bank Joy of Jazz Festival.  “I was part of Johny Mekoa’s Big Band which backed Mahogany at the festival.  The same thing happened with Everette Greene”, he told Jazz It Out.  The second time I met Kevin Mahogany was at the International Jazz Education (IJE) in New Yok which was a Swedish sponsored exchange programme. 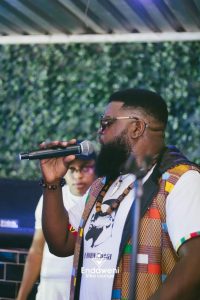 A good vocalist as well

He recalls that artists like Abdullah Ibrahim, Hugh Masekela, Caiphus Semenya and Jonas Gwangwa were popular with the international audiences he interacted with. “They believe in our music”, he added.  David still keeps regular contact with Themba Mokoena, Khaya Mahlangu and Sipho “Hotstix” Mabuse.  His many professional commitments made it impossible to continue teaching which is something he misses, and believes music is a form of healing.

Moagi’s favourite trumpeters are Johny Mekoa, Sydney Mavundla, Prince Lengoasa, Feya Faku, Hugh Masekela, Terrence Blanchard, Miles Davis, Christian Scott and Roy Hargrove.  His list of favourite musicians also include Miriam Makeba, Thandi Klaasen, Abigail Kubheka and Jonas Gwangwa.  His wish of bringing jazz back to festivals and clubs might take longer to be realized because of the current global crisis brought by the coronavirus.  He believes the jazz spark is missing.

David enjoys socializing and chilling with other musicians over drinks.  His friends in music have been part of his extended family. Swimming is one of his hobbies because it compels the whole body to exercise.  His Facebook account is David D Horn Moagi and follow him on Instagram @david_dhorn 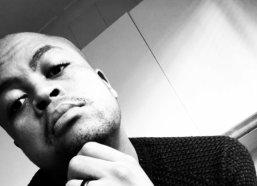 Ngwako enjoys interacting with knowledgeable listeners of his jazz slot 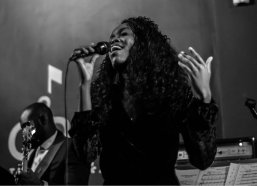 Kamo embraces all forms of art 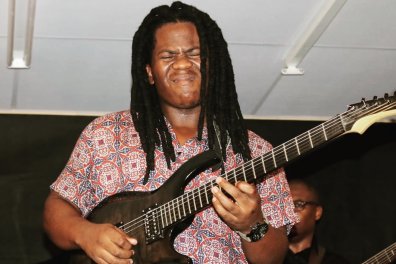