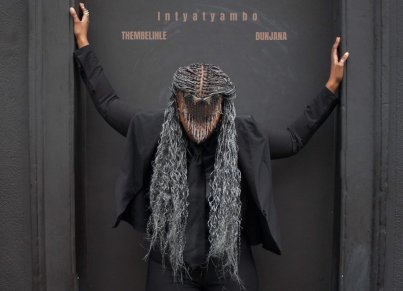 Cape Town pianist Thembelihle Dunjana will be releasing her first single titled “Intyatyambo” from her debut album of the same title on the 10th of July. The University of Cape Town (UCT) music graduate and piano teacher at Bergvliet High School said the tune will be more of an up-tempo ballad.  “It’s a ballad with 6/8 African feel”, she told Jazz It Out.  The single and the album will be released independently.  Thembelihle composed and produced most of the songs with the exception of “Don’t Feel Alone” which she co-wrote with vocalist Naledi Masilo who is currently studying in the US.  Chad Niewenhuis did the mixing and mastering.

“Intyatyambo” (which means a flower in IsiXhosa) is about a girl child who has to blossom after having gone through many struggles in her life. Intyatyambo is a metaphor for bringing healing and faith in a child who is coming of age. In this tune which has a lyrical content, Thembelihle is on piano and vocals, Tefo Mahola is on drums and Grant Van Rooyen is on electric bass.  “The moment I went into the studio, I knew exactly what I wanted to do.  I had already conceptualized all my songs, from instrumentation to arrangement, lyrics and vocal harmonies”, she said. 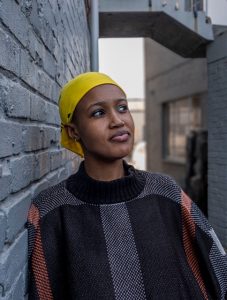 Mahola and Van Rooyen are friends that she has performed with since her early days as an artist and share a common understanding of music. “We have a commonality and that comes through when we play”, she said. The bridge of the song which repeatedly came to Thembelihle’s mind goes “Yini na, yini na, natsi’ntwentle ndiyakupha mna”. From there she sat on the piano and tried to figure out what it was going to sound like and jazz lovers will hear the final product when the single is out.  This is from an artist who firmly believes in following her own voice and not being influenced by external factors.

The album has two parts with the songs including the first single forming Part 1 which are recorded as a trio with Mahola and Van Rooyen.  Part 2 will be a quartet including horns.  Saxophonist Tshegofatso Matlou will play in some tunes while trumpeter Muneeb Hermans will feature in others.  Thembelihle is grateful for the advice and support from musicians who have been in this field longer that she has.  “Siya Makhuzeni and Sisonke Xonti are always willing to answer my questions about music practice and business”, she told Jazz It Out.  Her friend Simthandile Mnyamana has attended all her recording sessions as well as partner Lonwabo Mafani who has been her rock.

Thembelihle believes she has so much to contribute to the South African music scene.  Her music is founded in jazz but is a deep fusion of various styles, such as Xhosa music in the songs “Emlanjeni” and “Ingoma Yoxolo”, and an old school RnB in “Divine Lover”.  There is a strong hip-hop fusion in “Beloved Child” and certain elements of kwaito in the song “With a Glass of Wine”.  In the album, Thembelihle showcased all her skills and variant tastes in music, which are styles that she has grown up with and that resonate within her heart.  The single which comes with a music video will be available on all digital platforms.  Her Facebook Page is Thembi Dunjana.  Follow her on Instagram @bottlegreen_hlubikazi and subscribe to her YouTube channel Thembelihle Dunjana. 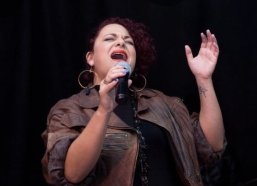 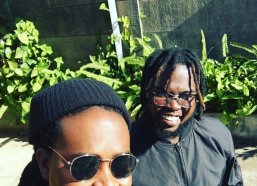 No sibling rivalry between the Sikhakhane brothers 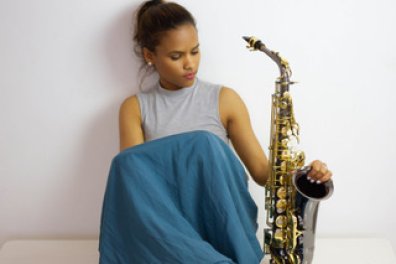