Talie Monin associates jazz with joy and bringing people together 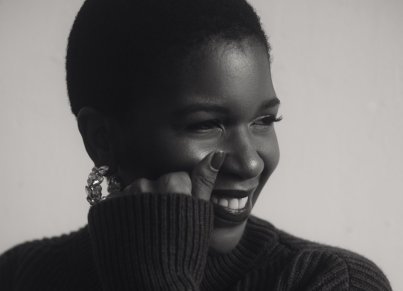 Award-winning jazz vocalist Talie Monin is one artist who knows that the “comfort zone” is not a place for those that want to get better at what they do.  This well travelled artist, wife and mother was born Nqobile Mchunu in Clermont Township, Durban and grew up in the Johannesburg suburb of Fourways.  Her parents who are both lawyers would host a lot of parties where friends and family came over to enjoy new and old music which made a good impression on the young Talie.  “I loved watching how they enjoyed specific songs, how they would particularly like and repeat a certain part of the song like a guitar solo”, she told Jazz It Out.

At school, she was very much into music, drama and languages.  Her time at home was spent just diving deeper into growing her knowledge of music.  She would create playlists for her family to enjoy while spending time together on weekends.  “I was the family DJ at parties my parents hosted”, she recalls.  Talie also went through a serious Aretha Franklin obsession.  She won her first singing competition at 16 singing Ms Franklin’s “Natural Woman”.  Genres she particularly enjoyed included RnB, Jazz, Soul, Hip Hop and so much more.

Her music career began at an early age when she sang along to the music her father loved and played around the home. This included a wide range of artists from Pat Metheny, Yellowjackets, Ivan Lins, Earth Wind and Fire, Michael Franks, Salif Keita, as well as other premier artists of the 70’s and 80’s.  Talie’s father also took her all the way back to the classic jazz vocal era of Ella Fitzgerald, Sarah Vaughan and Billie Holiday which she found quite fascinating.  “I cannot remember a time when music was not playing in my home.  The absence of it meant something had to be amiss”, with fond memories.

When she told her parents about her intentions of pursuing music as a career, they were very supportive.  She considered herself blessed to get a thumbs up from them.  Having one of their own out there representing the family’s love for music was something that brought a lot of pride.  “They only asked that I pour my heart and soul into it, and do it with full commitment or not at all”, she told Jazz It Out.  As a young woman, she saw herself pursuing the legal profession just like her parents.  “That all changed after the first time I sang in front of an audience”, recalling that defining moment.

In 2009 Talie moved to Paris to further her jazz vocal training at the American School of Modern Music, and got accepted at Sarah Lazarus Vocal Atelier at the Bill Evans Piano Academy in 2011.  She found the curriculum at the academy quite informative and interesting.  “We were taught how to really understand songs, how to deliver to an audience with feeling and create connection with those listening to the music we performed”, she said.  In addition to that, they were taught how to interact with the band, how to navigate jam sessions (something quite important for jazz musicians), and vocal technique specific to the genre.

The 2014 job offer her husband received in Hong Kong opened doors for the couple.  “I was up for the adventure.  I did not know what to expect but I was pleasantly surprised”, she said.  Much to her excitement, she became an instant hit with the Chinese.  “My Hong Kong audience has been the most welcoming and adoring.  I have met the most amazing and talented musicians from this part of Asia and the rest of the world”, showing appreciation.  She has come across artists who truly appreciate her musical gift.  The vocalist has created warm relationships with her regular supporters and club managers.

Feeling much at home in Hong Kong. Picture by Ruby Law

Her move to Hong Kong has truly been rewarding for this vocalist who has not forgotten her roots.  Talie has enjoyed a stellar career singing contemporary jazz, Brazilian and world music across Asia.  She is a first-call vocalist at numerous live venues and enjoys a busy career as a studio singer as well.  In 2017 she performed at the prestigious Montreux Jazz Festival in Switzerland where she won the “Audience Choice Award”.  This was a dream come true for the artist who grew up watching DVD’s recorded “Live in Montreux” at her home and never imagined that she too will be singing on that stage one day.  In what took her by surprise and brought delight, she was invited back to Montreux the following year to open for Chick Corea and performed her original tune “Where’s That Man?” to a warm, rousing reception from the standing room only crowd.

She cites her African homeland, rhythms and music of Brazil as major influences on how she sings.  At the same time, she remains a serious student of the Great American Songbook, singers and songwriters that brought that music to life, making it impossible to pigeon hole her.  In August 2018 she performed at her city of birth when she had the Durban audience that attended the all-female Imbokodo Jazz Festival in awe.  “I had always hoped that one day I would perform in South Africa, but did not know when.  I was happy to perform in front of the people that moulded and nurtured my talent”, she told Jazz It Out. She was grateful and overjoyed to show Durbanites how the career of this young girl who used to play in the streets of Clermont had turned out to be.

In October 2018 she headlined at the Hong Kong International Jazz Festival, an experience that reaffirmed the love she enjoys from the Chinese.  It also felt like performing at home to a familiar audience.  “The response was so positive and they enjoyed the show”, she said.  Talie has also performed at the Hangzhou Jazz on The Lake Festival in China.  As 2018 was coming to an end, she was at the studio working tirelessly on her debut album which was going to narrate the story of the journey she has travelled as an artist.

Pondering on her future plans. Picture by Ruby Law

“24 Strathay” was released early in 2019.  It had elements of Bossa Nova, South African Standards and the American Songbook.  “It was indeed intended to reflect my journey, my relationship with music.  Thank you to all who have influenced me up to this very moment”, a very excited Talie said.  “Fascinating Rhythm” is such a brilliant tune and opener.  Once you hear it, it grabs your attention from start to finish.  She was so happy about how she and her band managed to truly turn the standard completely on its head and give it such a presence.  “I thought it captured so beautifully all of the elements I love in my style of performing”, she confessed.  Classic swing, African rhythm, music with a groove to it, clear vocals.  What a way to introduce yourself to the world as a new jazz sensation.

“On a Paris Street” represents one side of life in the French capital.  It can get melancholy, nostalgic, a little gloomy, beautifully dark and sombre.  It reminds her of all the time she experienced there.  She did a sterling performance as a vocalist in conveying sincerity and authenticity in delivering the tune.  One of the musicians she heard her father playing regularly as a young woman is Nina Simone.  From the first time she heard “I loves you Porgy” from the “Nina with Strings” album, she fell in love with the tune.  Talie treated her rendition of “I loves you Porgy” with the utmost respect.  She wanted it to touch people in the same way as the version her idol recorded decades ago.

She describes the virtuoso pianist Bheki Mseleku as a cherished family friend.  Her uncle was the lead singer of one of the first bands he ever played with.  Maybe this is why her version of “Thula Mntwana” is undoubtedly one of the best there is.  “Recording one of his compositions was a huge honour”, she said with a smile.  “I shared this song with my band here in Hong Kong and they were simply blown away.  It was just a natural thing to do, adding it to the album. It simply had to be there”, she added.  One of the things she likes about this song is that she gets to speak about the legendary Mseleku around the world when touring.

Her album also includes a South African standard “Ntyilo Ntyilo”.  Talie’s approach of this classic by Miriam Makeba is a mix of a South African language with a Brazilian rhythm.  This was the only song she was asked to perform twice at the launch of her album which was broadcast live at Kaya FM.  By the end of the tune it is clear why it is considered a standard that it is.  When she performs it for international audiences, they always show enthusiasm when they hear of its association with Mama Africa.  “24 Strathay” is an album that well thought of with carefully selected contemporary tunes, and great original compositions such as “Where ‘s That Man” which she performed at Montreux Jazz Festival before recording her debut album.

One of the tunes that just cannot be ignored by someone listening to this album is “You better behave”.  It is a cheeky reminder to whoever it applies to, about a woman of today.  “On the other hand, I find that all the other well-known female jazz vocalists have at one time or another, sang a song similar to this”, with a chuckle.  With a similar message “Peel me a grape” immediately come to mind.  It was just a little fun, lighthearted moment they wanted to add to the album.  Talie’s debut album won “Best Female Jazz Artists” at the 2019 instalment of Mzantsi Jazz Awards.  She was over the moon.  “I did not expect that my debut album would earn me an award”, recalling that moment.

She is currently listening to R+R=Now, Arturo Sandoval, Al Jarreau, Ivan Lins, Carmen Lundy, Elis & Tom, “Travels” live album by Pat Metheny Group and Toots Thielemans.  Her fans must expect more music from this standout vocalist.  She also wants to do more exploration of different sounds and instrumentation.  “I will continue to take my fans on my adventures around the world through my music”, making a promise.  Her hobbies include writing, sketching and doodles, creating playlists for herself, and deepening her knowledge of metaphysics.  Like her Facebook Page, follow her on Instagram @taliemonin and @TalieMonin on Twitter.  Visit her website www.taliemonin.com 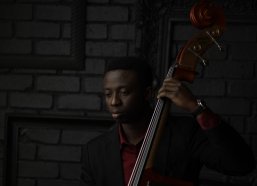 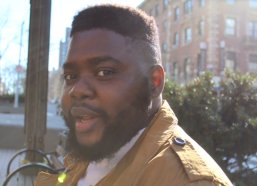 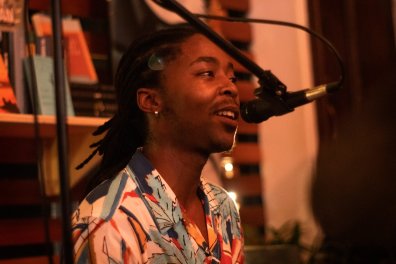 Tefo is a drumming sensation with his own identity