Gloria’s voice was discovered in a church choir 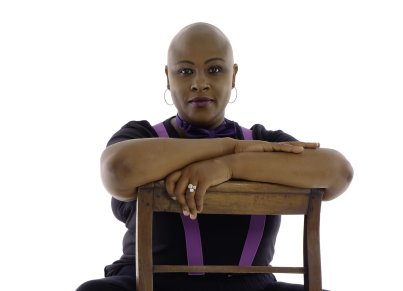 Vocalist, producer, composer and vocal coach Gloria Bosman wanted to be an engineer when she was young.   Her favourite subjects were Mathematics, Biology and Science.  She did a lot of singing at the school assembly together with two of her childhood friends, which made her popular.  “I would have gone unnoticed if it was not for that, because I was very shy”, she recalls.  Despite the singing, her school mates still largely regarded her as a nerd because of her commitment to learning.

Born in Mofolo and raised in Pimville, Soweto, her childhood was filled with music which was everything to her family.  One of her brothers wished that they (as siblings) would emulate the Jackson Five.  Her father’s knowledge of music was influenced by his stay in Sophiatown where he grew up.  Gloria describes herself as a mother and grandmother.  “More importantly I am a daughter, an individual, born as a middle daughter among four brothers, making me a sister and an aunt”, she told Jazz It Out.  Apart from being a music scholar and practitioner, she is graduating to a musicologist.

While growing up in Soweto, she was exposed to the music of Ella Fitzgerald and Aretha Franklin, which is what planted musical seeds in her ears.  Her career began in a church choir.  “I was discovered by a lady called Sweetness Gwabe, who was once a professional singer”, she said. Ms Gwabe would collect kids from her neighbourhood and give them singing lessons.  “I was curious when I went to audition”, she added.  Gloria was just an11 year old who didn’t even know she could sing.  “Ms Gwabe was the first person who told me I could sing”, recalling those words that gave her lots of confidence.

As she was completing high school, she informed her parents about the intention to pursue music as a career.  Her father was honest and frank with her.  “My dad told me I was not going to ride in limousines.  All I needed was dedication”, he told her to do music for the love of it and supported the decision.   Gloria was part of a production called “S A Love” which was staged at the Market Theatre in 1993.  Her involvement with the production earned her a scholarship to study Opera at Pretoria Technikon (now called Tshwane University of Technology).  “S A Love” featured a collection of South African love songs.  It boasted a stellar cast which included Felicia Marion, Michelle Maxwell, Jennifer Ferguson, Tonia Selley and Sophie Mgcina.

Her second album titled The many faces of Gloria Bosman

“At Pretoria Technikon, I was offered the most brilliant singing technique, which equipped me to sustain my voice, because you have to project over an orchestra without a microphone when you are in an opera”, recalling that intense academic training.  While studying, she made friends with Sibongile Dlamama and Charlotte Silulu who are both music educators.  Her journey of turning from student to professional was interesting despite some challenges along the way.  She got casted by Angelo Gubato for Gershwin’s “Porgy and Bess” where she played a minor role and did not stay long.

By this time, her connections included the legendary Sipho “Hotstix” Mabuse, who exposed her to jazz, as he played a lot of Dianne Reeves.  “I was also roped in by Dondo, a Jazz band headlined by Moses Molelekwa, Vusi Khumalo, Fana Zulu and Lawrence Matshiza.  I was swept off my feet by Jazz and didn’t look back”, she said. She was given advice by some of the professional musicians she got to perform with in her early years as professional.  Sophie Mgcina told Gloria to always be professional, citing examples of some of the mistakes she made which had a negative impact on her career. “I learned most of my professional conduct from Sibongile Khumalo and Hugh Masekela.  I was soaked in Miriam Makeba’s humility”, she added.

Gloria also shared the stage with the likes of Tananas, Concord Nkabinde, Vusi Mahlasela, Sipho Gumede, Oliver Mtukudzi and Victor Masondo.  Her debut album “Tranquility” which was produced by pianist Paul Hanmer was released in 1999.  She found Paul who also comes from a classical background, a brilliant producer who showed his versatility.  The album won Best Newcomer at the South African Music Awards (SAMAs).  “I just couldn’t believe that there are people who cared about what I had to offer and it was very encouraging”, recalling the excitement of scooping that award.

In 2000, she got another vote of confidence in her career when she was named Standard Bank Young Artist.  “I got a call, stopped on the side of the road, screamed until I stopped shaking”, she told Jazz It Out.  The award was very prestigious and served as a huge encouragement.  Her second album which was self-produced was titled “The Many Faces of Gloria Bosman”.  “I was young, ambitious, experimental and I loved how Sheer Sound gave me room to explore my talent as an artist and producer”, she said. Clearly, she didn’t want to hold anything and felt her career was on the right path.

With her 2002 recording titled “Stop and Think” which was produced by Wessel van Rensburg, she felt she was fumbling around and the album was her outcry for more direction and inspiration.  “We also just get tired of fiddling.  We really wish we know what is expected of us. We want to win and avoid trying to please everyone”, she said.  Sadly, her father who was ill when the album was recorded never got to hear the song she co-wrote with bassist Lucas Senyatso titled “Baba”.  She also worked with van Rensburg when she recorded “Nature Dances”.  What she enjoyed about working with Wessel is that he never bullied her into recording the music she was not comfortable with.  She describes him as an amazing producer.

Her 2006 release titled “Emzini” is about respect for the township people who are the backbone and greatest support system of music.  “Letters from the Volume 1” (2010) is addressed to God, mostly conversations pertaining to her faith and how she wanted to move from religious constraints, and find a true relationship with God. Gloria has performed in countries like England, France, Finland, Amsterdam, Australia, Angola, Nigeria, Namibia, Zimbabwe, Lesotho, Swaziland, Botswana, Chile, Peru and Venezuela.  One of her highlights as a musician was when legendary Miriam Makeba asked her to join her on stage as she sang the tune “Malaika” at a function held in 1995.

She also had a stint as broadcaster when she presented the drive-time slot at Rainbow FM. As a vocal coach, Gloria always tell her students that music is an individual journey.  Her favourite artists include McCoy Mrubata, Letta Mbulu, Rachelle Ferrell, Dee Dee Bridgewater and Dianne Reeves.  She enjoys playing chess, tennis and golf.  Her Facebook Account is Gloria Bosman.  Follow her @Gloria Bosman on Twitter and Instagram.  Subscribe to her YouTube channel and connect with her on LinkedIn. 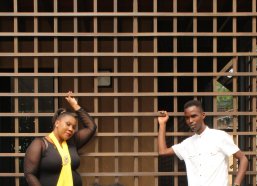 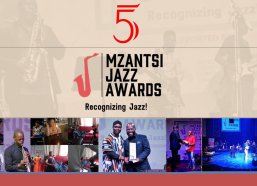 Mzantsi Jazz Awards are all about celebrating music 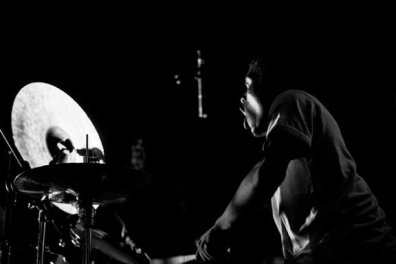 Kabelo is grateful to his teachers for instilling confidence in him