The musical journey of Sydney Mavundla

When Sydney Mavundla’s father forced him to play trumpet every Sunday after church, little did he know his son would be a household name as a trumpeter in South Africa and beyond the country’s borders. “I hated it big time.  Then I was young and didn’t know what the future had in store for me”, recalling those years as a young man with laughter.  He says even though the lessons were informal, they were very demanding.  “The good thing is that I ended up enjoying those lessons”, he tells Marabi Jazz Lounge.

Mavundla speaks very fondly of his father Colonel Hezekiel and mother Busisiwe who are both pastors at the Salvation Army. “My siblings also played instruments from the Salvation Army but I am the only one that chose music as a profession”, he says.  He was born is Barberton, Mpumalanga and grew up in Johannesburg.  Being a child of religious leaders meant that the family were always moved one place to another.  Every town and every province were home to the family.

“Brian Thusi and Prince Lengoasa took my training to another level making me semi-professional.  Every Sunday afternoon, I would go to Brian Thusi for lessons with the support from my father”, he said.  Lengoasa was already a professional.  He had just returned from the United States.  “Prince told me not to limit my performances at church but consider studying music with the aim of performing at clubs which did not seem possible at the time”, taking regular sips of still water at Monte Casino.

After completing matric in 1990, Mavundla took a break of two years while deciding on his future plans.  During that two-year-break, Brian Thusi advised him to enrol for a degree in music.  Thusi called Darius Brubeck who was a music professor at the University of Natal, recommending that Mavundla get enrolled at the institution.  Brubeck agreed and the ‘young man’ that Thusi was raving about can enrol.  Thusi did not only secure a bursary for Mavundla, he also said he could stay with him.

“Initially, the curriculum was more classical than jazz which was very confusing at the beginning”, telling Marabi Jazz Lounge.  While studying, he got exposed to musicians who were already professionals that prepared him for the future.  The academic training opened his eyes.  He was a favourite of Brubeck.  Life as a student in Durban was good.  Jazz musicians were slowly taking notice of him.  The future looked very bright.

One year, Brubeck organised him a trip to study at Miami International Music.  He recalls, “The idea to take me to Miami was give me exposure to more jazz since most of the lecturers at the time had more classical training.”  He was supposed to be trained by Cuban trumpeter Arturo Sandoval.  Unfortunately, Sandoval’s schedule was very hectic.  “I only saw him Sandoval three times that semester.  He was always out of the country”, he said.

Regrettably, Mavundla never graduated form the university for several reasons.  He joined the South African Defence Force as a staff sergeant.  That decision did not go down very well with pianist Andile Yenana.  “Andile told me that I was in the wrong place and music was my career. If it was not for Andile’s advice, I don’t know where I would be today”, relieved that he took the sound advice.  He has worked with so many jazz musicians, arranged and conducted classical music performances and worked with other groups outside jazz and classical music.

Last year, Mavundla released his debut album entitled Luhambo which means ‘The Journey’ in SiSwati.  He worked with Afrika Mkhize on piano, Peter Auret on drums, Ariel Zamonsky on upright bass, Sisonke Xonti on tenor and Andreas Tschopp on trombone while he played trumpet and flugelhorn.  The album was very well received by jazz critics and elevated Mavundla to a higher level as a trumpeter.

Asked how it felt to record such a brilliant album, his response was very surprising.  He told Marabi Jazz Lounge that, “Recording an album was never my priority.  I always wanted to be a sideman.  People were pushing me to do the recording”.  It was Andile Yenana who introduced him to the guys he worked with in the recording.  “I am so grateful to have worked with those brilliant artists”, he said. The titles of those songs give a good indication of how proud he is of his roots and connection with Mpumalanga and the town like Barberton.

Sabie’s Riff is a dedication to his father Colonel Hezekiel Mavundla, whom he describes as his mentor and his first trumpet teacher.  Back home at Emjindini, a township in Barberton, his father is known as Sabatha or Sabie.  Sydney reminisces about some of his father’s most endearing moments of nostalgia as he spoke of the good old days, and how people of Emjindini used to get down on the dance floor.  The song captures the essence of these slick dance moves but more significantly, it fluently describes Sydney’s father – a leader in his own right.

“As an artist, diversity works for me”, Mavundla tells Marabi Jazz Lounge.  He played with an orchestra at Sibongile Khumalo’s 60th birthday celebration.  “I have written and arranged for a full orchestra”, he said.  He has worked with the late Johnny Mekoa, the Nelson Mandela Youth Orchestra, Andile Yenana, Hugh Masekela, Mango Groove and many other artists.  “However, producing is not really my thing”, he added.

Mavundla is a husband to Zandile.  The couple are parents to 8-year-old Busa and 6-year-old Mbonge. “On my wedding day, my wife Zandile was told that there would days where I come home late at night and there would be times where I would be away due to work commitments.  She completely understands”, he said. He further describes his wife as someone who is very supportive.  He is also a music tutor at Tshwane University of Technology (TUT). 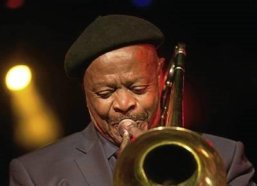 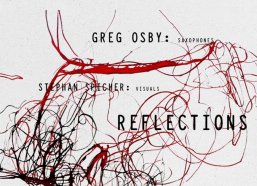 Greg Osby and Florian Arbenz take improvisation to another level

The Orbit is the home of jazz

0 thoughts on “The musical journey of Sydney Mavundla”