The Orbit is the home of jazz

Kevin Naidoo co-owner of The Orbit

Imagine a place where one can listen to great jazz while enjoying a good meal, drinks, a great company, and purchase CD’s by artists that perform regularly at the venue.  A place where musicians always socialize and engage with jazz lovers during intervals and after their performances.  A place where strangers become friends because of their common love for jazz despite the diverse cultural backgrounds they come from.

Welcome to The Orbit, the home of jazz in Braamfontein, downtown Johannesburg.  Situated a few blocks from Wits Art Gallery, the place is owned by Kevin Naidoo and Dan Sermand.  Sandton was the initial choice for the location of the club but Braamfontein was what the owners settled for because of being central and easily accessible.  Their patrons travel from all parts of Gauteng and neighbouring provinces to enjoy live performances at the venue.

Speaking to Marabi Jazz Lounge, Naidoo said South Africa has a rich passion for jazz that needs to be exposed.  “We insist that musicians need to be respected”, he said.  “Patrons are free to enjoy themselves, interact with musicians, and show appreciation while acknowledging that musicians are artists who express themselves through entertainment”, he added.  They have worked hard to expand the offering of the club last year, making it more accessible.

Running a jazz club in the current state of economy is not easy for The Orbit.  Naidoo says ‘it is a tough space to work in’.  We are rated top 196 jazz club in the world.  We’ve had articles written about us as a jazz club in overseas publications”, he said.  When tourists from abroad visit Johannesburg, The Orbit is always one of the places to visit on their agenda.  He is optimistic that with the new investors, time and consistency, they will grow as a jazz club.

Their strongest point is staying true to the philosophy around high-quality music offering with the pairing of food, drinks and service.  Patrons can also look forward to the diverse menu prepared by senior chef Roderick Phiri.  Except for Mondays, The Orbit has a gig every night, which takes a lot of work and preparation to arrange such performances.  Sibongakonke Mama is the club’s programme manager whose responsibilities include putting the programme together, booking the artists, ensuring that the sound quality is good, and most importantly that the shows are a success. Patrons are always amazed at the depth of knowledge she has which is always evident when introducing the artists at the club.  She is definitely a lover of music.

Good relations with musicians in the entertainment industry is very important for The Orbit.  Their good network expands to other people in the industry beyond the artists.  Many jazz clubs that once had a good reputation have since closed for several reasons, mainly economical, but The Orbit is still running thanks to regular patrons and overseas visitors.  The venue always does it’s best to create relevance to themes such as Youth, Women and Heritage months.

As many jazz collectors have noticed how difficult it is to access their favourite music, the venue also sells CD’s to its patrons.  “There is still a demand for CD’s within the jazz community.  Jazz collectors take pride and joy in owning CD’s”, Naidoo insists.  Most importantly, these

collectors can have these CD’s autographed by the very same artists that perform at the venue.  Marabi Jazz Lounge noticed a wide selection of the CD’s sold at The Orbit.  Musicians are also assured that the patrons that visit the venue appreciate the good quality music that they record and perform

Phiri’s menu as a head chef includes beef, chicken and traditional dishes.  It also caters for vegetarians.  While the artists perform, waiters, waitresses and chefs are always hard at work ensuring that patrons receive the food and drinks they order.  “Most importantly, we do our best that the food is also affordable for the patrons.  We showcase creativity in the kitchen”, Naidoo stated as the club’s general manager Shakir Jadoo nodded in agreement.

Despite Johannesburg being perceived as a place that can be very unsafe, car guards outside The Orbit always look after the vehicles to ensure a safe environment for patrons.  Besides that, there is a parking lot a block away from the club which patrons can make use of.  Gauteng Tourism is also supporting The Orbit in making it a venue with a good reputation.

As a creative and cultural institution, The Orbit believes it is important to push themselves to look at new experiences to present.  “This is something we expect from our musicians but we believe we cannot have an expectation of new and fresh music if we ourselves are not willing to walk a similar path in terms of what we offer”, Naidoo told Marabi Jazz Lounge.  Patrons have come to expect a high-quality and unique experience when they come to The Orbit.  Jazz as a music genre is a good therapy and this is the beauty of a truly creative experience.  Musicians feel respected for the craft they present at the venue.  Experiences musicians inspire young and upcoming musicians.

One of the few setbacks the venue suffered was when it was tortured allegedly by students that were part of the ‘Fees Must Fall’ protests in 2016.  Luckily, not a single patron was injured in the incident.  They were closed for the whole of December.  The whole area of Braamfontein took a while to recover.  For a while, patrons feared for their lives. Slowly the venue regained its patrons and Naidoo says that has given them confidence.  Other minor setbacks that they suffered include theft and load shedding which compelled them to purchase s generator as a standby during power outages.

In conclusion, Naidoo told Marabi Jazz Lounge that they are optimistic about the future.  “We want to have more external events, concerts, collaborations and music festivals”, he concluded.  This venue which also caters for private functions events including year-end functions has been approached by several musicians that want to launch their CD’s.  They pride themselves for respecting South African heritage, music and jazz.

The Orbit kicked off its entertainment calendar with a performance by saxophonist Linda Sikhakhane last night.  More information on artists performing at the venue is available on their website which is www.theorbit.co.za .  In addition, patrons can like the club’s Facebook page which is The Orbit – Home of Jazz or follow them on Twitter @OrbitJazz and Instagram @orbitjazz 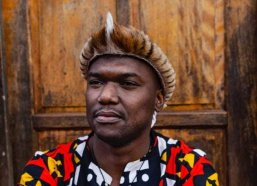 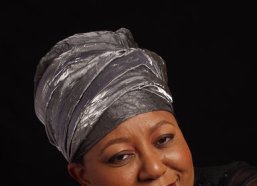 Jazz is grateful to have this prince

0 thoughts on “The Orbit is the home of jazz”