Zoe The Seed is an inspiration to women

She uses her lyrics to warn women about the dangers of being in abusive relationships, being cheated on and not be treated like ladies. This is what Zoe Masuku also known as Zoe “The Seed”, a vocalist and composer does through her music. She further uses her lyrics to warn women not to be naive when getting into relationships and encourage them to speak about abuse when it happens.

Born and raised at Mpolonjeni, outside Mbabane in Swaziland, this young music educator tells Marabi Jazz Lounge that Hugh Masekela, Bheki Mseleku and Abdullah Ibrahim are her influences. “I grew up in church.  Music has always been my passion.  Music and church went hand in hand”, narrating her story while taking regular sips of hot chocolate at the KZNSA Gallery’s restaurant.

If her parents had their way, Zoe would have been an accountant. She was scheduled to study accounting in England. After the 2006 London bombing, the British Embassy used more stringent measures when issuing VISA’s to students that wanted to study in that country. “My studies were put on hold”, she says.

Her father suggested that she apply for enrollment in accounting at South African universities. Zoe knew that accounting was not what she had in mind.  Her first love was music.  She got accepted at the University of KwaZulu – Natal (UKZN) to enroll for a bridging course which paved way for her admission to enroll for a Bachelor degree in Practical Music, Jazz and Popular Music.

Before she enrolled for the qualification he had very little knowledge and exposure to jazz.  Jazz was never her thing.  She tells Marabi Jazz Lounge with a chuckle that: “Jazz found me and I was willing to embrace it. I began to acknowledge that South African’s are very passionate about jazz”.  She slowly fell in love with jazz.  It dawned into her that this noble sound was not bad after all.

When Zoe heard that the all-female jazz band Heels Over Head were looking for a drummer, she told bassist Sindi Nene that she could play the instrument.  When Sindi heard her play she was so impressed and asked her to join the group.   “It’s difficult to say no to Sindi Nene”, smiling as she recalls how she became a member of the group.

Heels Over Head released their 12-track debut album entitled Could It Be in 2010. Besides Zoe and Sindi, other band members included Lindi Ngonelo on keyboards with Nomkhosi Mazibuko and Thulile Zama on vocals.  Zoe composed three songs in that album which are Betrayed, Inyandza Leyo and Silent Room.  Betrayed where Zoe is leading on vocals became a very popular song together with Girlfriend which warns women not be gold diggers.

Betrayed is a song about a woman’s heartbreak in a relationship where she discovers that the man she loves is actually a womaniser that takes her for granted.  Inyandza Leyo, warns about the dangers of extra marital relationships by men and how their wives get infected by sexually transmitted diseases. Concerned that she was classified as a drummer more than a vocalist, Zoe parted ways with Heels Over Head to embark on a solo career.  She keeps regular contact with her former band members.

Asked why she goes by the name Zoe The Seed, she says “At church, we always refer to ourselves as the seed of Abraham.  The title Zoe The Seed was inspired by that. Zoe means life in Greek.  The beginning of an era.  I like to sing about people’s experiences. The element of seed feeds into music”.  She says her music journey has been nothing but incredible.

She is working on her debut album as a solo artist.  Zoe insists that she studied jazz and her albums will be a reflection of that. Besides working on the solo album, she has done a collaboration with Swazi gospel singer Nathi Shongwe. She has also made an appearance in both albums by Sibusiso Mash Mashiloane and is also involved with the Salim Washington’s Sankofa project.

Marabi Jazz Lounge attended Zoe’s live performance at The Jazzy Rainbow this past weekend.  She was accompanied by Sbu Zondi on drums, Zibusiso Makhathini on piano, Freeman Sibiya on bass and Bethuel Tshoane on guitar.  With a high degree of confidence, she performed songs by legends such as Nnena Freelon and Tania Maria.  She also performed her own compositions which included the tune Felicia.

Zoe acknowledges that the music industry is still very male dominated but is quick to say that you have to be good, confident and assertive to be given the respect you deserve as a female artist.  “You have to work very close with your band members for the music to be very well received”, citing the important role pianists play in ensuring that the songs come across as well arranged.

Xolisa’s music is rooted to her upbringing 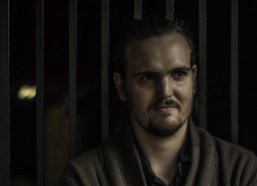 29th Jazz Jol held at UKZN on a rainy night

0 thoughts on “Zoe The Seed is an inspiration to women”